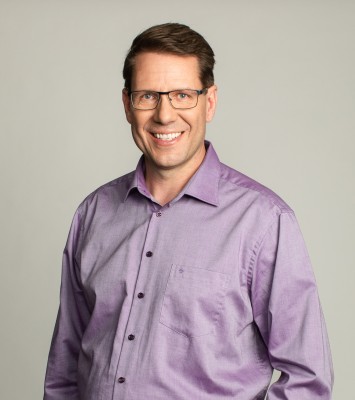 Thanks to the progress made in the waste-to-energy plant extension project, Vantaa Energy can phase out the use of coal in energy production already in 2022. Various forms of circular economy have played a key role on the journey towards a carbon-neutral Vantaa Energy.

The waste-to-energy plants used in Finland are designed largely for the incineration of household waste. Although the recycling activities are developing constantly, for example, non-recyclable material remains from industrial and retail waste, and it is currently taken abroad. The Vantaa Energy waste-to-energy plant’s extension project will enable waste utilisation in Finland in the future.

The operational testing of the plant is currently ongoing, and the waste boiler will be fired up for the first time in May 2022. The process produces heat as a by-product for utilisation in the district heating network.

According to Patomeri, the future of circular economy is looking bright. It enables phasing out of fossil fuels in energy production and promotes the implementation of a carbon-neutral future. In terms of Vantaa Energy, the company aims for carbon neutrality by 2030 while fossil fuels will be phased out in full by 2026 at the latest.

The extension of the Vantaa Energy waste-to-energy plant or other circular economy projects do not have a direct impact on the everyday lives of ordinary people. It is more a question of Vantaa Energy’s way of making a contribution to climate change mitigation.

– We don’t expect anything of consumers – the point is that we want to act responsibly and manage energy production in the Vantaa region in a carbon neutral way. In addition, as a result of the extension of the waste-to-energy plant, it is possible to turn the waste management of the entire Southern Finland carbon neutral, Patomeri promises.

Innovations of the future

Vantaa Energy is a strong player in the circular economy processes. It has gained experience in several different projects, and new ones are developed constantly. In the future, carbon dioxide produced in various processes can potentially be used for producing, e.g. material for the plastics industry.

– It is possible that, in the future, carbon dioxide in the atmosphere causing climate change is stored, for example, in the bucket of a berry picker. Or one day we can turn biowaste or waste wood that we process into bio-coal, which customers can use, e.g. as fertiliser in their garden. That way, carbon dioxide is returned to the soil, Patomeri described the possibilities of a circular economy of the future.

Recycling of plastics is already today growing at a rapid pace. Bio-coal and bio-oil are already being manufactured, albeit not in the way Vantaa Energy does it. Carbon capture, on the other hand, is among the special competences of Vantaa Energy, and it is not done yet anywhere else in Finland. Everything rests on years of planning work and on long-term projects to implement the plans. Heat that can be utilised in the heating network is also produced as a by-product of these processes.

– We at Vantaa Energy have become masters of combining energy and circular economy operations, and we aim to be forerunners in this area also in the future. We are making steadfast progress in our emissions reduction plans and, at the same time, we guarantee climate-friendly energy and heat for the residents in the Vantaa region, Patomeri concludes.