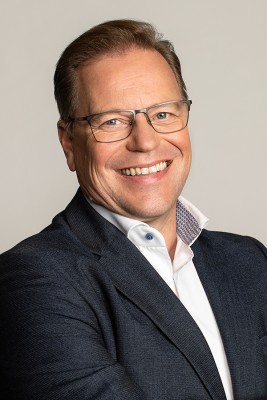 At Vantaa Energy, year 2021 was marked especially by the company’s ambitious decision to strive for carbon negativity by 2030. In addition, a significant result was achieved from the viewpoint of customer satisfaction: Finland’s most satisfied district heat customers live in Vantaa.

The decision to strive for carbon negativity by 2030 directs all activities of Vantaa Energy. Carbon negativity means that energy production binds more carbon dioxide from the atmosphere than it releases into it. This target is reached through various intermediate targets and projects such as the Fossil-Free 2026 project entity.

– In 2021, we made considerable progress in the Fossil-Free 2026 projects. We phased out the use of peat completely and promoted the project of extending the waste-to-energy plant. The aim of the extension is that after this winter season we will no longer use coal in the production of electricity and heat, explains Vantaa Energy’s CEO Jukka Toivonen.

Vantaa Energy’s climate-friendly operations and climate targets contribute to the achievement of more extensive carbon neutrality targets: for the City of Vantaa to be carbon neutral by 2030, Finland by 2035 and the EU by 2050.

Despite the general price trend, Vantaa Energy continued to be able to offer its customers the most favourably priced heat in the Helsinki region, as well as price stability with a very high degree of supply security. It also launched new service products onto the market.

– Customers expect us to have a competitive price, to be environmentally friendly and to have solutions that meet the customers’ needs. We were able to meet all these expectations. We developed our services together with the customers and published new products for helping our customers, for example, in improving energy efficiency.

Projects advanced according to plan

During 2021, a number of projects made progress in an exemplary way. For example, the extension of the waste-to-energy plant made headway according to plan and is expected to be commissioned in June 2022. The commissioning of the extension of the waste-to-energy plant will enable phasing out in full the use of coal in energy production. We also successfully completed the business takeover of the heat business of the Tuusula and Järvenpää region according to the original schedule.

Towards the end of the year, the company received great news when the Ministry of Economic Affairs and Employment granted EUR 19 million for Vantaa Energy’s seasonal heat storage facility project. The project is part of the Fossil-Free 2026 project package and an important enabler for Vantaa Energy to be a fossil-free energy company in 2026, proceeding towards carbon negativity.

The energy market is undergoing a period of transition where fossil fuels are being replaced by renewable energy sources. Vantaa Energy’s employees have needed to take an active role due to the transition of the energy sector.

– I’m extremely happy about the innovativeness of our employees, which has helped us to quickly find solutions that are feasible and profitable at the same time. The transition in the energy sector is both a challenge and an opportunity. We can strengthen the business operations through rapid action and by taking advantage of the moment of transition, and we have made great progress in that thanks to our competent staff, Toivonen comments.

Year 2022 also involves a lot of development and innovation. According to Toivonen, the major projects in this respect are the completion of the extension of the waste-to-energy plant, speeding up the project development of the Carbon Negative 2030 target, as well as several major investment decisions with respect to the Fossil-Free 2026 project entity and wind power.

– After the extension of the waste-to-energy plant has been commissioned, natural gas will be the only fossil fuel in use, and even then only during the coldest spells of the winter. This year, the implementation of projects progressing to the investment decision phase will also enable phasing out the use of natural gas, as planned, in 2026.