Fossil-free 2026 paves the way towards a more sustainable future

Vantaa Energy’s target is to phase out the use of fossil fuels by 2026. The ambitious project is proceeding rapidly, and ideas looking even further into the future are on the drawing board.

Energy companies have a globally significant role in slowing down climate change, and you need unprejudiced and active trailblazers in the field. Therefore, in autumn 2020, Vantaa Energy set an ambitious target for itself: it aims to phase out the use of fossil fuels in the Vantaa region already in 2026. The intention is to stop using coal even before that, by 2022.

Vantaa Energy has good starting points for phasing out coal, natural gas and peat. We have succeeded in halving our carbon dioxide emissions over the past ten years, and we have the honour of being not only the most low-emission producer of district heat in the Helsinki region, but also the cheapest. The change is also strongly supported by the owner: the principal owner, the City of Vantaa, wants to be carbon neutral in 2030. If Vantaa Energy does not reach this target, the City of Vantaa will not be able to do it, either.

– We want to see the energy transition and climate change as an opportunity instead of a threat, Vantaa Energy’s Production Director Kalle Patomeri describes the starting points of the project. If we have the ability and the opportunity to act responsibly in terms of climate, why would we not do it?

However, Patomeri points out that phasing out the use of fossil fuels must not be expensive to the customers, and despite the change, the prices of district heat will remain unchanged. Low emissions are not in conflict with economic viability. It is achieved by doing things in a new way.

Fossil fuels are being phased out in stages, through various projects. The most significant of these is the underground seasonal heat storage facility. To be built in Kuusikonmäki in Vantaa, the facility will be able to store heat from all renewable energy production forms. Heat stored in the summer can be utilised in the coldest periods when the demand for heat is at its highest. In time, it will also be possible to store in the facility waste heat purchased by Vantaa Energy from its customers.

The planned seasonal storage facility is a unique project, and with its size of one million cubic metres, it will be the largest in the world and the first storage facility to be excavated into the rock. Its capacity is 90 gigawatt-hours, corresponding to the annual heat consumption of an average-sized town in Finland. The stored energy replaces natural gas use in the winter season, thus reducing carbon dioxide emissions by 26,000 tonnes a year.

Attracting extensive interest, the project applied for funding from the European Union Innovation Fund in 2020. Decisions are expected in spring 2022. The commissioning of the seasonal storage facility is scheduled for 2026.

In addition to the seasonal storage facility, other significant development projects include the extension of the waste-to-energy plant: the plant was completed in Vantaa in 2014. Currently, the plant processes only household mixed waste that cannot be recycled, whereas unrecyclable energy waste from trade and industry is transported abroad.

Phasing out the use of peat supports biodiversity

We are also saying goodbye to peat – the decision was signed and sealed in 2020. Peat has been used in the Martinlaakso bioenergy heating plant in Vantaa, commissioned in 2019, in order to slow down the corrosion and fouling of the biomass boiler. The total amount is about 10 per cent of the amount of fuel. We are developing a system for the management of combustion and corrosion in the power plant – once the system is commissioned in 2021, we will stop using peat.

This will reduce emissions and also support biodiversity: a peat bog the size of just under one hundred hectares will no longer be needed.

Goodbye to fossil fuels – but what next?

Giving up fossil fuels is a tough goal, but there is no need to rest on your laurels after reaching that goal. There are already several outlines for projects on the drawing board, concerning, e.g. how to move from the reduction of carbon dioxide emissions to acting as a carbon sink. The replacement of the remaining natural gas with biogas in 2026 and, in the longer term, phasing out the combustion of bioenergy, are also under plan.

– I believe that the combustion of wood will no longer be acceptable in the future, says Kalle Palomeri, continuing: We want to look far and think about what kinds of solutions will be needed in the future. We don’t want to do things only when it is absolutely necessary. 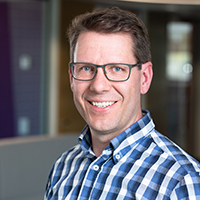 Vantaa Energy’s Production Director Kalle Patomeri is responsible for Vantaa Energy’s own electricity and heat production. It is therefore his job to keep homes and properties warm in Vantaa.